Bringing Us Closer to Understanding Complex Human Brain Diseases: Cerevance Explains Why Labguru Is the Best ELN for Biotechnology Startups

Cerevance is a growing privately owned, well financed (having just received series B funding) neuroscience focused biotech company. Its research laboratories are located in Cambridge, UK.  Cerevance is fully dedicated to identifying, validating and pharmacologically modulating truly novel targets identified from human brain tissue, aiming at therapies for neurodegenerative diseases such as Alzheimer’s, Parkinson’s, ALS, etc. The core of Cerevance’s research is its platform, Nuclear Enriched Transcript Sort sequencing (NETSseq) technology, which is a method for isolating nuclei in a cell type specific manner from human post-mortem brains. Using NETSseq, the company is able to comprehensively profile specific brain cell types to a level not previously seen. By comparing different cell populations across different brain regions and between disease and control brains, Cerevance can gain a deep understanding of the pathways involved in human brain disease. This has allowed the generation of unprecedented human CNS expression data sets, from which novel targets are being identified for innovative drug discovery programs with the ultimate aim of developing the next generation of therapeutics for these diseases.

Other research organizations in the field are using animal models of brain disease, which are very different from human models of disease; stem cells, which lack the effects of age and connectivity of the human brain; or single cell RNA-sequencing techniques, which generally fail to identify lower-expressed genes which may be excellent novel drug targets. By using control and human diseased brains, Cerevance is able to gain insight into disease pathology of these disorders and identify targets for new treatments for people suffering with these devastating diseases.

What is your role in the company?

I manage a small team of scientists, and my main task is overseeing the target validation of early projects. I also help in the selection of new targets, as well as liaising and managing academic collaborations. My work is mostly made up of planning and meetings, though more recently because of the COVID situation I have been spending much more time in the lab supporting the team’s lab-based research.  With people working from home or in shifts, I also oversee and manage the workload across the team to make sure that everyone stays on track and works toward our shared goals. 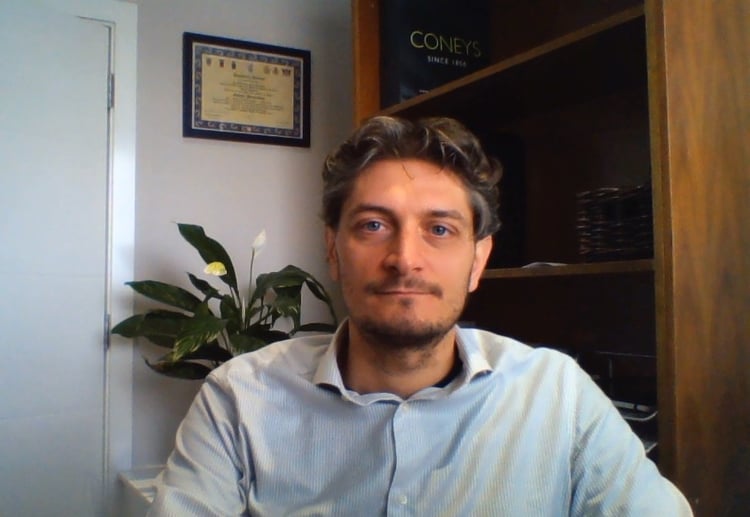 What are the main challenges in your work?

On the larger scale of the company, I’d say the scientific, technical challenges: we generally go after novel targets, which is very exciting but has its challenges as there is often very little literature on the biology, so we are often trail blazing and enhancing our understanding during the validation process.  We have many targets, so my personal challenges are definitely the coordination of all the work across the team and staying on top of all novel biology projects.

When did you start using Labguru, and why?

October 2020, quite recently. When I joined Cerevance two years ago it was a very new company, and we were focusing on establishing and industrializing the platform. We were using primarily paper lab notebooks with hard-drive backup for all our data. I’d actually used Labguru in my previous workplace so was pleased to see the company invest in an Electronic Lab Notebook (ELN) system. I was in charge of evaluating several different ELN platforms and integrating the evaluation across the Cerevance technology teams to decide which was the best ELN choice for us. Considering my familiarity with Labguru I trusted it to answer our needs, so it was an obvious choice.

Why did you think Labguru was the best ELN for you?

I figured that the best ELN for our lab would be simple to use across users — we currently have around 20 users on the system —  and I really liked the Labguru interface, it’s very intuitive and easy to understand. New users only needed to be trained in the basics and comply with internal data recording policies, and the rest they could easily figure out independently. There are also video tutorials on Labguru Academy and the support team answer questions on the Helpdesk, so it’s really a very easy system to integrate and use. The folder system has a layout that people are familiar with, but at the same time it’s customizable enough for a diversity of experiments and complex projects.

Which part of the system do you find most useful?

We took Labguru for the ELN, but I can see the importance of the lab information system modules. I see the potential for development, and we have begun testing the inventory and storage modules.

I have had a few conversations with your helpful support team in order to customize the sample tracking system to create a hierarchy that fits our potential various needs.

How has Labguru helped you answer your challenges as a group leader?

Labguru allows me very easily to view and check the ongoing experiments running within the team and it definitely helps me to stay on top of the various ongoing projects as well as assigning tasks.

Has Labguru improved your communication?

We have adopted the equipment scheduling system to permit us to use our equipment in the most efficient manner — which is particularly important during COVID times when people are working different hours. The ability to view ongoing experiments and forward them to colleagues has also streamlined the scientific sign off procedure which is important for the audit trail and IP purposes.

Can you describe the ROI you get from Labguru?

We save a lot of time that we would otherwise have to waste on copying and pasting and sticking stuff on paper. With Labguru we save 75% of the time previously required to manage & update our lab notebooks: on average, people would spend at least an hour every week on updating their lab notebook, and with Labguru we reduced it to approximately 15 minutes.

Did you find Labguru helpful during the COVID-19 pandemic?

Labguru allowed us to stay productive when working from home because all our information is available online. The ability to still monitor experiments and get sign off has been very useful as well as scheduling experiments remotely.

Is there anything else that you would like people to know?

Cerevance is still under the radar, but we are an ambitious company with innovative technology which allows us to go after very novel targets. These targets really have the potential to be the groundbreaking therapeutics offering real patient benefit. I think you will hear much more from us in the coming years.